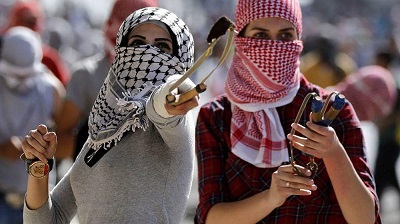 This genocide is not caused by one corrupt politician or a few racist leaders and soldiers. Rather, this strategy is embedded in Zionist ideology.

Ayelet Shaked, an Israeli politician and parliament member and a woman, said: "They have to die and their houses should be demolished so that they cannot bear any more terrorists," She added, "They are all our enemies and their blood should be on our hands. This also applies to the mothers of the dead terrorists.”

Zionists refer to the Palestinian people as a “demographic threat.” Mordechai Keder, a former Israeli military intelligence officer has advocated “raping the wives and mothers of Palestinian combatants” to deter attacks by Hamas militants.

The racism and misogyny of Zionism are more than rhetoric; this rhetoric is enacted as Israel carries out policies targeting the Palestinian women who will give birth to new generations of fighters. Israel purposely sustains high rates of miscarriages by blocking basic resources such as water and medical supplies, forcing women in labor to wait at military checkpoints on their way to a hospital, and generally creating inhumane and unlivable conditions for Palestinians.

Despite the death and destruction caused, as well as the intensifying hate speech in mainstream Zionist rhetoric, the U.S. Senate unanimously passed Senate Resolution 498 to give full support to Israel's actions in July 2014. The United States government gives Israel over 3.1 billion dollars EACH year in aid. Israel uses that money for its military and industrial development and building settlements on stolen land.

Hillary Clinton, a self-proclaimed feminist and Democratic candidate for President, stated recently that if elected she would reaffirm the “unbreakable bond” the U.S. has with Israel and Netanyahu. Clinton is an outspoken supporter of Israeli settlements in the West Bank, which seek to grab more and more land from the Palestinians.

Clinton has made a point to publicize her support of women’s issues as being at the core of U.S. foreign policy. She has visited states all over the world, from South Africa to the Democratic Republic of Congo, talking to rape survivors and condemning systematic violence against women. But while she addresses these issues, she simultaneously advocates for policies that directly oppress Palestinian women.

Clinton’s support of Israeli settlements in the West Bank pokes holes in her claims of being an advocate for rights for all women because it demonstrates how narrow, selective and oppressive her feminism is. By supporting imperialism and Zionism, she is perpetuating white supremacy and colonization. It is our duty as women in the United States to dismantle this system of contradictions. We must demand an end to war and occupation because if we don’t raise our voices, women like Hillary Clinton will be the only ones heard.

Palestine is calling and the world must answer. Solidarity can make the difference, as it did in bringing an end to apartheid in South Africa. This must be a united effort for justice. We must stand together to reject the hypocritical claim of U.S. leaders to be liberators of women around the world.

For information on the demostration visit AnswerCoalition.org