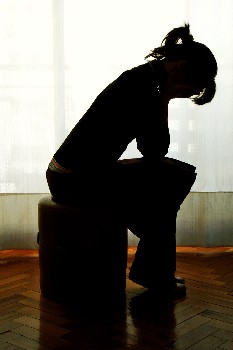 An estimated 26 percent of people in the U.S. ages 18 and older, about 1 in 4 adults, suffer from a diagnosable mental disorder in a given year. Living in capitalist society means that many people with mental illness lack access to adequate mental health care. Capitalist society by its very nature inflicts stresses and trauma on people that can contribute to or exacerbate mental illness.

However, research suggests that women are nearly twice as likely than men to be diagnosed with depression, a major mental health disorder. Women are also twice as likely as men to develop PTSD (Post Traumatic Stress Disorder), with 10 percent of women developing the condition after a traumatic event compared to 4 percent of men. Why does it seem as if mental illness is more common in women? This is a complex question without one simple answer. There are a multitude of factors that range from gender-based trauma, discrimination and gender bias in the medical industry.

Patriarchal societies such as the United States create an environment of trauma and discrimination against women. There is no doubt that these experiences can contribute to mental illness. Research shows that 18.3 percent of women have experienced rape some time in their lives with 42.2 percent of women having experienced rape before the age of 18. When it comes to domestic violence, 85 percent of victims are women. Mothers may experience post partum depression, which is often at least partly a result of hormonal imbalance following childbirth, combined with lack of support for new parents and other social factors. Women are still by and large the primary parental caregiver in most families, and stress from parenting can contribute to mental health issues. Not only is being a parent demanding, but many women do not have supportive partners (or are single parents) and thus have to work the “third shift,” meaning that after they finish work, they come home to do household and parenting work as well.

The medical industry is also a factor in mental illness in women. A major form of stress is simply the high cost of health care and lack of access. Often, implicit bias in healthcare means that doctors don’t take seriously women’s claims of physical pain and attribute this to some kind of mental illness. In other words, “It’s all in your head, honey.”

Within the last few years, a social movement has emerged to fight the stigma against mental illness. This helps people with mental illness feel they can seek the help they need and creates understanding for those who know people who manage mental illness. Although this helps, getting to the root of social problems that contribute to mental illness in women, such a trauma, sexual and domestic violence, bias in the medical industry, discrimination, and toxic masculinity, needs to be a priority to ensure women are living the healthy lives we deserve.