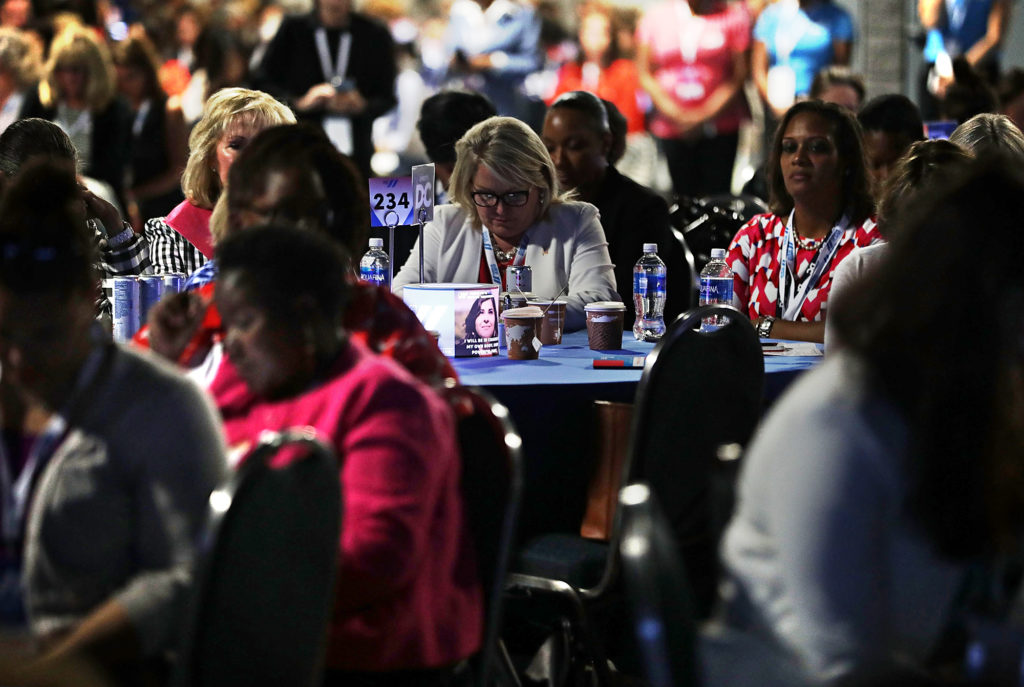 By Meghann Adams, a WORD organizer in San Francisco.

Earlier this week in Washington, D.C., the White House Council On Women And Girls hosted the first “The United State of Women” summit featuring well-known speakers including President Obama, Vice President Biden, Michelle Obama, Oprah Winfrey and other celebrity women, non-profit organizers and union leaders. For the over 5,000 invitees, there were speeches, workshops and exhibits (including one called “Re-envisioning Rosie” that showcased women today who work in heavy manufacturing).

There is no way to deny that it was an important event to have happen. Women’s History Month is not the only time that we should put the spotlight on women heroes in the struggles against racism, sexism and bigotry. We need to learn the history of struggle that got us to where we are now and the opportunity to talk about what we need to combat right now.

The topics were important: raising the minimum wage and closing the wage gap, access to sick leave, affordable childcare, increasing resources for those experiencing domestic violence and protecting students from sexual assault.

But at the end of it all, I was left with questions: Is this all?

According to one of the co-chairs, the White House Council On Women And Girls was created seven years ago. Why has it taken so long to have a discussion at this level on the issues we are facing? How unfair is it that the screening of the event was only online? And that it took place mostly during the workday? (The full video is available on the event’s website and is nearly 12 hours long.)

These issues are our everyday existence, and EVERY woman should have the ability to engage. Because it is through our united engagement that we can battle the inequalities and culture of sexism and misogyny. So why wasn’t this on TV? Why was it hard to find coverage of speakers besides those out of the White House in the news? It should have been easy.

The words, in general, were good. But we need more than words. And we need more of us involved. We need a nationwide discussion and move to action. Because it is not enough to just ask companies to make changes or announce that they have pledged that they will. Words are nothing without action, and history has shown us time and again that it has been the people getting active that has led to change. The relatively recent victories of overturning “Don’t Ask Don’t Tell” and the “Defense of Marriage Act” were because members of the LGBTQ community were vocal and said that they weren’t going to tolerate the discrimination any longer. The racist Sensenbrenner bill was shot down because millions of immigrants took to the streets. In the last century, women won the right to vote and the legalization of abortion because they took action over and over again until they won.

We are in need of action. The Supreme Court is deciding this month whether millions of women will lose their access to abortion and whether the deferred action programs for undocumented families will exist to benefit over 3.7 million immigrants. With the rape trial of the Stanford swimmer and the tragedy of Orlando in our minds, there has been a lot of discussion about the need to combat rape culture and bigotry. Not to mention the continuing epidemic of police brutality, poverty and gentrification….among so many others.

We need more. More discussion about how to address the issues and more action to fight for our changes. Good words and promises are not enough. They aren’t change. That’s what we need. So let’s find inspiration in our desire for a better world and fight to make it a reality.