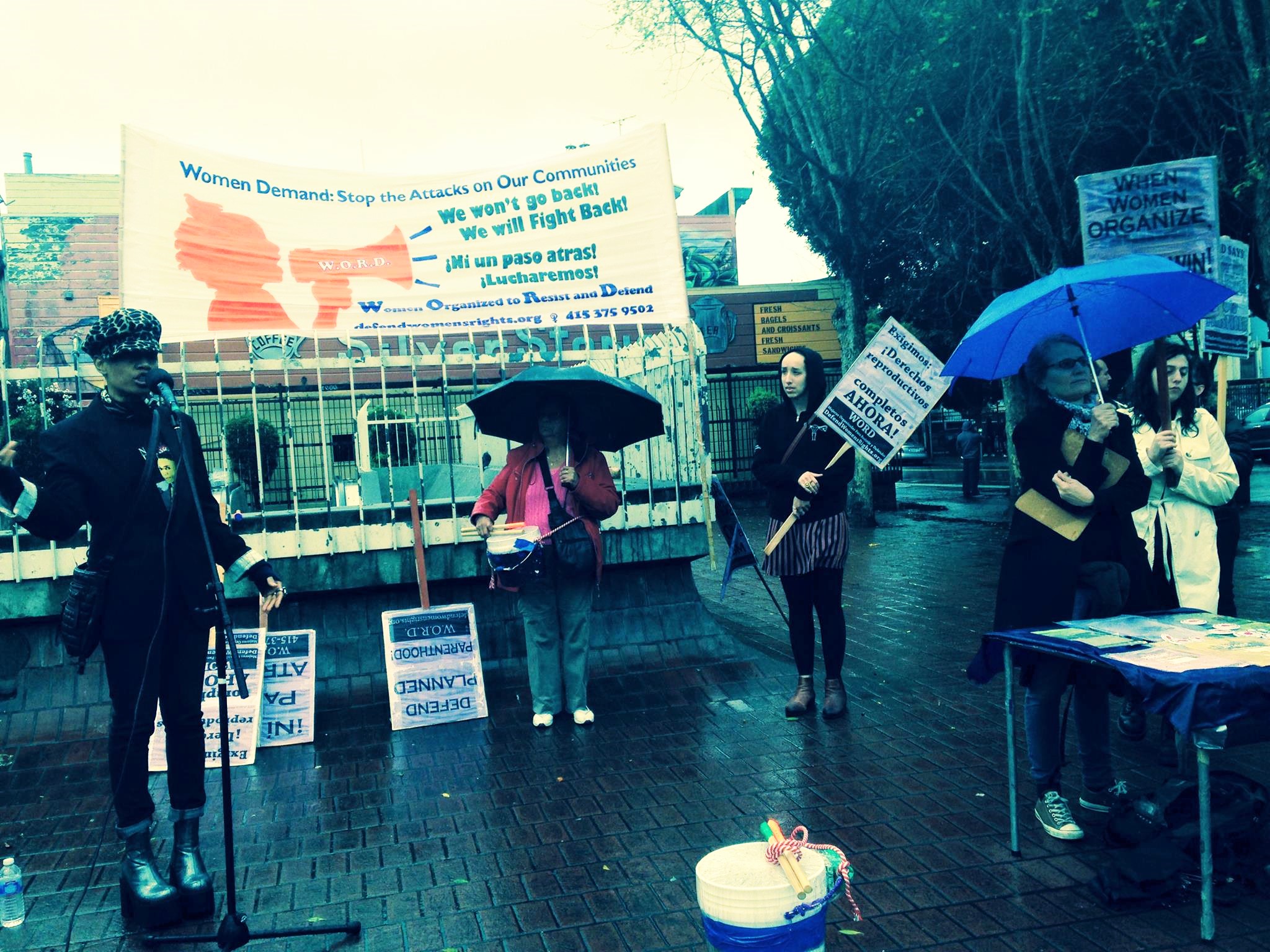 The connection was also made repeatedly that this is a struggle that men need to start understanding. Sexism does damage to all genders, and as long as it survives, it keeps us divided. As Lulu Reboyoso, of El Colectivo por Justicia en Mexico, said, “It’s not a fight against them. It’s a fight against a system.” Frank Lara, a Mission District teacher and ANSWER organizer, added on to that. “Men, instead of trying to be helpful, we’re often an additional weight,” he said. “It’s the women who have fought and struggled…the men need to get with the program.”

The event concluded with a call of resistance against to those who try to deny women rights by WORD organizer, Claire Schlecht. “Maybe they mean that we are asking for something that we don’t deserve. I think they’re wrong.” Participants wrapped up chanting: “Se ve! Se eschucha! Mujeres en la lucha! They say “get back”, we say “FIGHT BACK!”

On International Women’s Day and throughout the month, WORD (Women Organized to Resist and Defend) will be organizing and supporting rallies, marches, speak-outs, forums, workshops and panels to “Say no to the status quo—full equality for all women!” Join us in cities across the country Tuesday, March 8 - Saturday, March 12, 2016.

Join WORD March 8 - March 12 in a city near you or call an action in your city and add it to the list!