Texas Clinics Open for Now; but The Struggle Continues 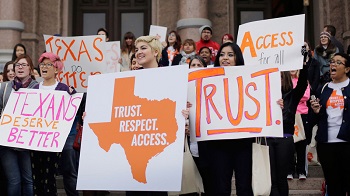 On Monday, June 29, the United States Supreme Court handed down what is essentially a temporary stay of execution for abortion clinics in Texas. In a 5-4 decision, the court put on hold two components of HB 2 that would have gone into effect on July 1. This stay will remain in effect while the court decides whether they will hear the clinics’ appeal.

The Texas omnibus abortion bill, often referred to as HB 2, gained notoriety in the summer of 2013 when state Senator Wendy Davis filibustered a special session for 11 hours. Hundreds of Texan women from all over the state flooded the atrium of the Capitol Building for several days. Prochoice supporters from all over the country took to the streets and social media to show support for the struggle being waged in Texas.

When the bill was later passed, half of the clinics in the state were forced to close, leaving only 19 behind to serve Texas women. The two remaining components of the bill would have closed another 50 percent of those remaining. All remaining clinics would have been concentrated in four metropolitan areas. No clinics would be left open west of San Antonio. Only one would be left to the south in the Rio Grande Valley (which already has limited accessibility). 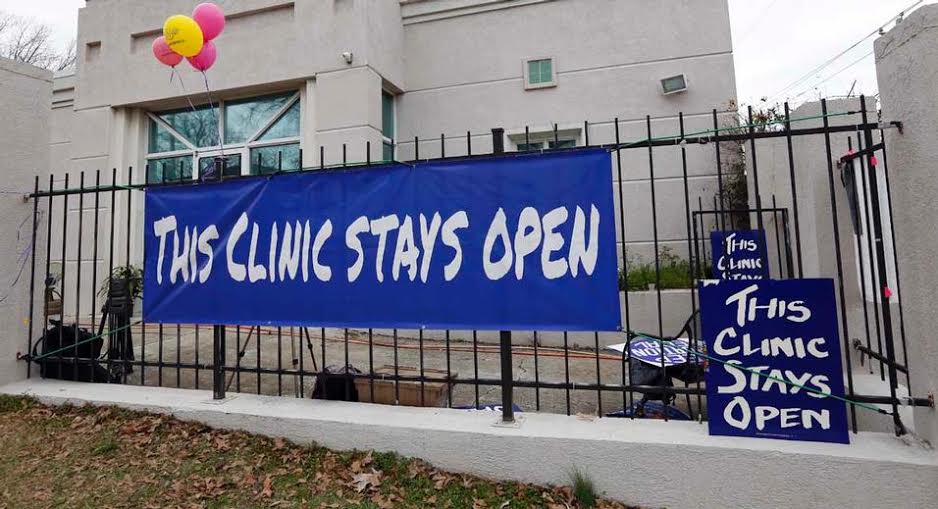 The final two components of the law are the requirements that the facility meet the structural requirements of a surgical center and admitting privileges of the doctor for a hospital within 30 miles. What is under consideration by the Supreme Court is whether these restrictions place an (ambiguously-defined) “undue burden” upon women seeking an abortion. While proponents argue this is for the “safety of the women,” we all know that this is a lie. Not only is it unnecessary for a clinic to be a “surgical center” in order to provide safe abortions for women, but the cost to reconstruct entire buildings to fit this code is astronomical. In reality, it simply forces clinics to close because they are not big enough to pay the bill to keep their doors open. The issue with the admitting privileges for doctors is that a number of doctors have trouble finding hospitals within the required distance that will admit them. They can be denied privileges based on their distance, that they cannot commit to admitting the minimum number of patients required or simply because the hospital chooses not to. In both of these circumstances, women’s right to control their reproductive choices are seriously jeopardized by lies and political games.

So the choice of the Supreme Court to take up the issue is important. Not just for Texan women, or for Mississippian women (because the admitting privilege restriction there is also under review), but for all of us. Because at both the state and national level, there is an attempt to ban abortions by 20 weeks. Because states, and even municipalities, are continuing to use bad science and emotional manipulation to control what women do with their bodies. Because if restrictions like these are judged no to be “undue burdens” upon women, thousands will lose access. And what is most certainly true is that there will then be more states putting bills like this forth, risking the health of thousands more.

It is absolutely necessary that those who believe a woman has a right to make her own choice not wait on the sidelines to see what happens. If history has taught us anything, it is not the benevolence of politicians or high court judges that gains us rights. The big gains we have made have been due to a movement of people who are actively engaged in fighting for a better world and a better future. Just think back to a few of the decisions: Brown v. Board of Education (1954), Roe v. Wade (1973) and Friday’s Obergefell v. Hodges (legalizing same-sex marriage). Each one of these were handed down when there was people engaged in the struggle for their civil and human rights. (This was also not an exhaustive list.)

This is what we need too. We need to be talking and connecting with others, getting involved with organizations, and bringing the message to the streets. We cannot be spectators. We cannot afford to be. We must be part of building a strong, militant movement. Otherwise, we are risking the right and need of all women to determine what is best for ourselves. And that is not a gamble we should take lightly.