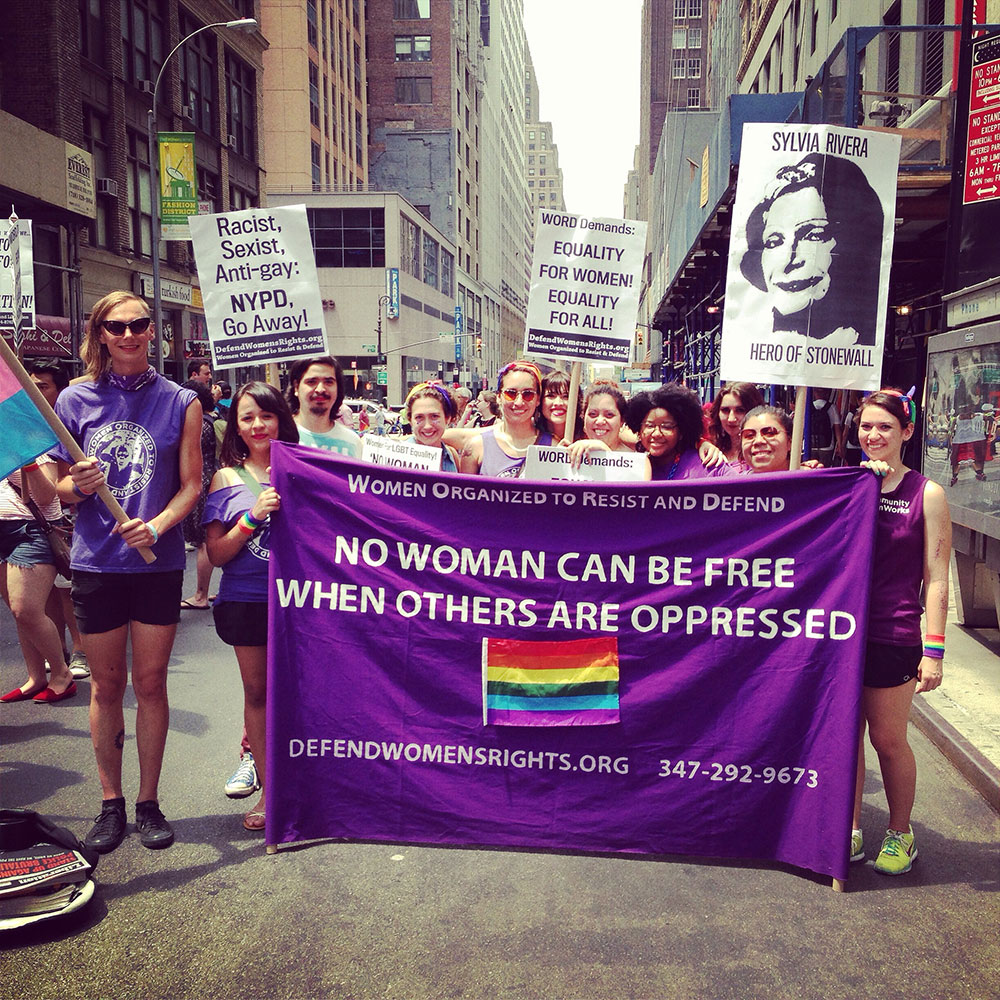 
Pride month has come to be known as a month of celebration for the LGBTQ community, but its roots are of fightback and struggle, starting with the riot at the Stonewall Inn led by trans women of color Marsha P. Johnson, Sylvia Rivera and Miss Major Griffin-Gracy. Today, as the fight for liberation escalates and we can taste both our victories and the hate leveraged against us, LGBTQ people everywhere are embracing the spirit of Stonewall. Modern-day leaders are coming forward in the streets to fill the shoes of Rivera and Johnson: from trans immigrant rights fighter Jennicet Gutierrez to heroic whistleblower Chelsea Manning to brilliant educator Tiq Milan.

The escalation of misogynist, queerphobic and transphobic attacks both in the streets and in legislature has been a direct response to the recent victories in gender equality and fightback by people of marginalized sexualities. This is not a new development: over the course of decades, reactionary bigots have launched attacks against women and LGBTQ people whenever any progress has been made.

Such attacks date back to the beginnings of patriarchy and class society. The vast majority of human history has been, in actuality, marked by gender equality and freedom for all sexual and gender identities. However, the introduction of class society and the destruction of matrilineal societies (where a family line is generally traced through mothers) meant the introduction of strict gender roles, oppression of female-assigned people and organized bashing of LGBTQ people.

This tragic overthrow of the egalitarian roots of human history are especially seen in European colonialism, which violently targeted all cultural elements of the nations they chose for colonization and destruction, including particularly these societies’ honoring of women and LGBTQ people. For Native societies in the Americas, European colonialism made it impossible for Two-Spirit people live openly in safety, and at the same time denied the tribal leadership of women.

The history of fighting patriarchy, then, is and should continue to be inextricably tied to the struggle for LGBTQ liberation. As feminists, we cannot let our struggle be reduced to a bare minimum of “women’s issues” at the expense of a huge number of people oppressed by patriarchy. When fighting for healthy relationships and against domestic violence, we must also be fighting for healthy queer relationships. When discussing rape culture, we must be aware of the fact that at least half of all LGBTQ people experience sexual assault. When fighting for reproductive healthcare, we must fight for healthcare that benefits all people -- including discrimination-free, comprehensive and safe healthcare for LGBTQ people. When talking about misogyny and attacks on women, we must proudly, unabashedly and with the utmost urgency defend our trans sisters and denounce anyone who denies their womanhood. When talking about gender equality, we must also recognize that gender itself is a broad and brilliant spectrum, not and “either/or” binary.

There are brands of feminism, old and new, that set what they believe to be women’s struggles apart from LGBTQ liberation. Any true feminist, however, knows that the struggle against patriarchy must necessarily include full liberation and self-determination for LGBTQ people, including freedom to live in one’s true gender identity, freedom to love safely and openly, access to resources and protection from bigotry. We must stand proudly and fight for trans and queer liberation -- not just during Pride month, but year round, for years to come, until not one more life is taken or destroyed.