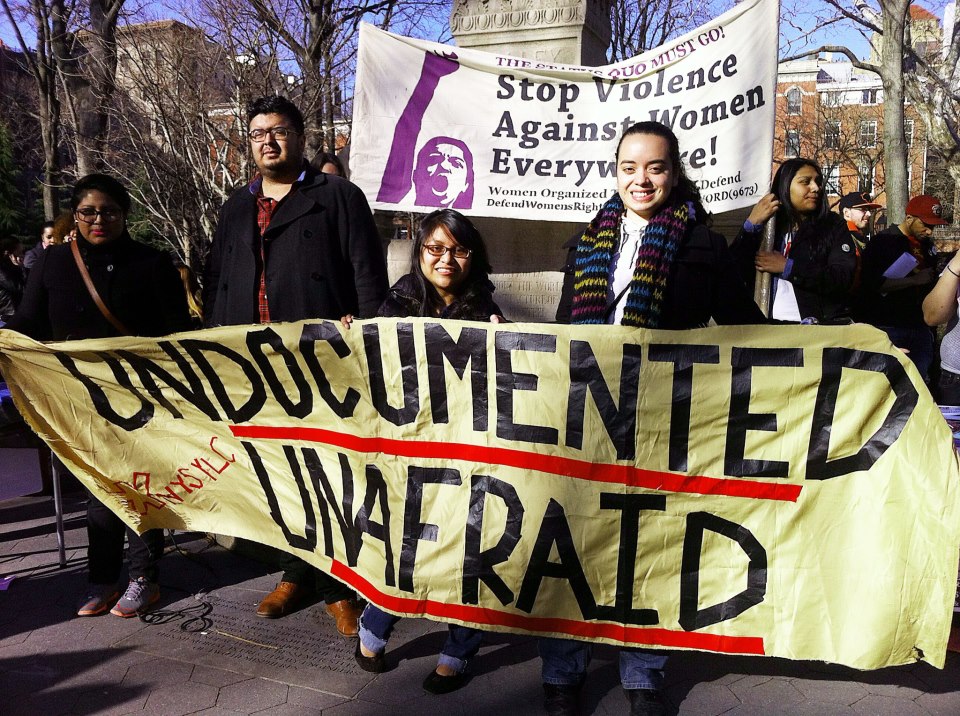 International Worker’s Day, also known as May Day, has a long history of militancy and solidarity of workers through protests against exploitative and violent conditions. Women Organized to Resist and Defend (WORD) is joining rallies and marches across the United States because we believe workers’ rights are women’s rights. Just like all people, women deserve decent jobs with a living wage, educational opportunities, childcare and access to health and reproductive services, regardless of race or nationality. May Day is the day to stand in solidarity with all exploited groups: immigrants, workers, women, people of color and LGBTQ because we are being attacked by the same system that seeks to divide and exploit us.

May 1, marks the 10th year anniversary of the historic “Day Without an Immigrant March,” where millions of immigrant workers and their supporters participated in a national general strike in response to the United States House of Congress passage of the fascistic “Sensenbrenner” bill (the Border Protection, Anti-terrorism and Illegal Immigration Control Act, HR-4437). The undocumented community is heavily Latin@, and the racist law targeted an expansion of the “Wall of Death” along the United States and Mexico border, and increased the criminalization of immigration violations to felonies rather than civil offenses. While the Sensenbrenner bill was defeated, the attacks on immigrant workers have continued. May Day continues to be a fight for the rights of immigrant workers, and thus for all workers.

Ten years later, the war on immigrants continues with President Barack Obama overseeing the deportation of over 2 million women, men and children. Those who are awaiting deportation are locked in detention centers where violence is common in the form of sexual assault on women and children. LGBTQ people are particularly at risk; trans people lack access to hormone therapy. HIV+ people do not have access to treatment. On the other side of the two party system, Republican presidential front-runner Donald Trump’s platform calls for expanding the wall along the border and continuing the deportations of families and workers. Both parties have been complicit in the endangering of undocumented person’s lives.

In December of 2015 a United Nations delegation of women’s rights activists visited the United States and recognized the deplorable treatment of women and children in detention centers, the wage theft of undocumented women and the 21 percent gender wage gap as some of their biggest concerns. Furthermore,  “[their trip] was particularly timely since the political rhetoric of some of the candidates for the upcoming Presidential elections has included “unprecedented hostile
stereotyping of women” along with “increasingly restrictive legislative measures by many of the states to prevent women’s access to exercise of their reproductive rights.[1]”

This May Day, Women Organized to Resist and Defend continues to demand: Full amnesty NOW, defend worker’s rights, and end deportations and internment camps! We must continue to fight racism, sexism and bigotry. An injury to one is an injury to all!