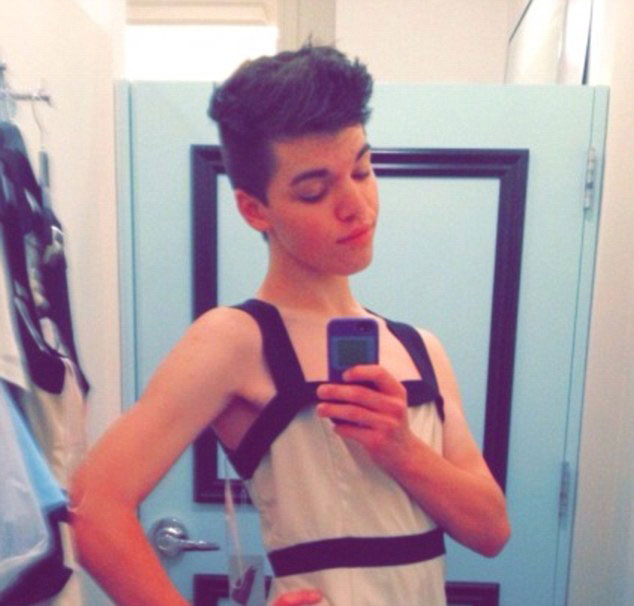 On December 28, 2014, we lost a creative and promising teen. In her suicide note, Leelah Alcorn said: “The life I would’ve lived isn’t worth living in … because I’m transgender.” It is utterly tragic that so many teens like her don’t find the support they need, whether it’s at school, at home or more broadly speaking – in society. Leelah wanted her death to mean something, and it does as long as we commit to continuing and intensifying the fight for the rights of trans and gender non-conforming people.

In a study based on data from the National Transgender Discrimination Survey, the influences behind these suicide attempts are summarized: “Based on prior research and the findings of this report, we find that mental health factors and experiences of harassment, discrimination, violence and rejection may interact to produce a marked vulnerability to suicidal behavior in transgender and gender non-conforming individuals.”

As a trans woman who suffers from mental health issues, I understand the obstacles that many of us face, as well as the sheer scale of the struggle that must be waged. I’ve spent countless hours in various medical facilities where professionals refused to acknowledge my identity, or if they did they treated it as a disorder. But I can only imagine the level of pain inflicted on those like Leelah, forced into Christian “conversion therapy” by their parents.

Trans and gender non-conforming people are subject to discrimination not only in crucial areas such as healthcare, but also in housing, employment and education. When we move between those areas of our lives, we’re subject to street harassment and all forms of violence. And for many, even home may be an abusive environment, whether due to family members or partners.

When building and organizing for liberation, we should remember the words of Audre Lorde, who said, “There is no such thing as a single issue struggle because we do not live single issue lives.” Trans people may also experience racism, national oppression, sexual oppression, and anti-immigrant bigotry, and are targeted by the criminal justice system and prison industrial complex. Our oppressions collide in brutal ways. Ultimately, what joins all of us is that we are people deserving of rights, including the right not to be harassed, or beaten, or killed.

As a militant grassroots women’s rights organization, we must look out for all of our sisters and be with them in the streets, whether it is for a vigil in remembrance of those we’ve lost such as Leelah, or to hold demonstrations to demand the rights and respect we deserve.

WORD unites behind the slogan “when others are oppressed, no woman can be free!” We fight against all oppression, and stand with the most marginalized. Join us in the fight for trans liberation and the liberation of all women!