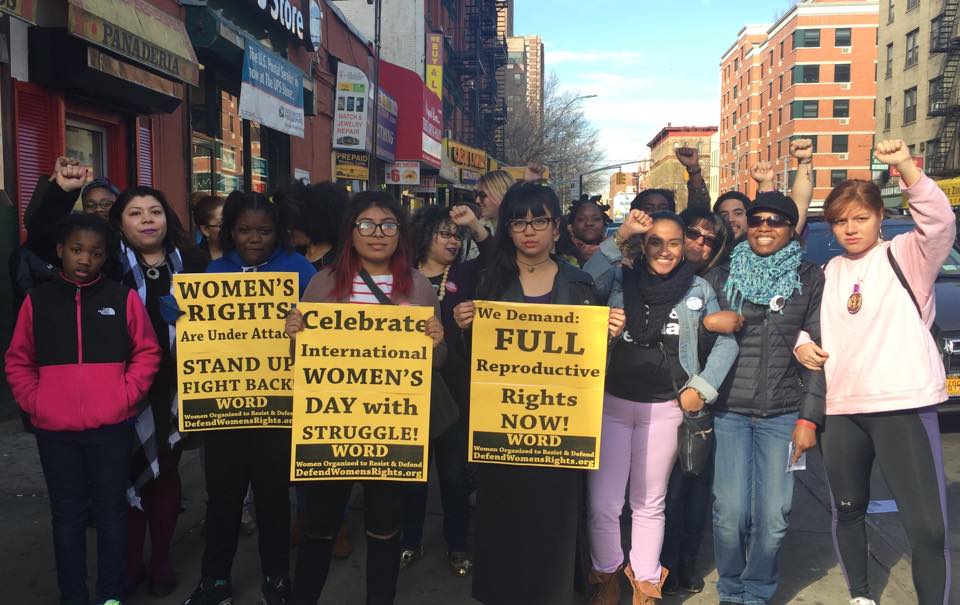 One speaker described Clinton’s track record: the dramatic drop in living standards for poor people due to the Clinton administration attack on welfare; her support for the Zionist state of Israel and her role on the orchestration of the destabilization of Libya.  These facts and more speak to her true agenda of championing the rights of banks and corporations, not the masses and especially not women. 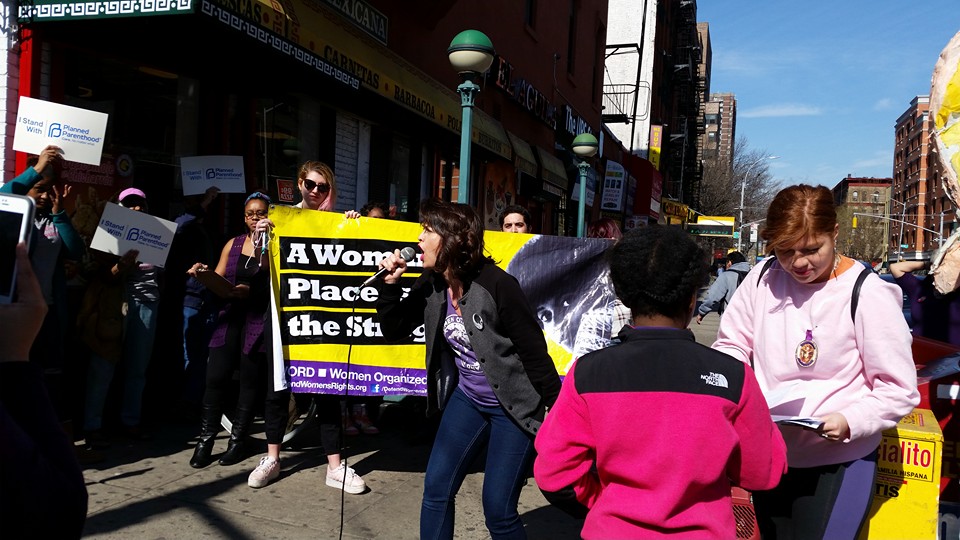 “The only way to achieve women’s liberation is tied within the struggle for socialism…..Only a system focused on working-class solidarity can end capitalism and put an end to exploitation based on gender, race, and class,” said Karina Garcia, a  W.O.R.D. activist in NYC.The night before the speak out there had been a militant showing of the people of Chicago against the hate speech of presidential candidate Donald Trump. Thousands of people poured into the streets and consequently shut down Trump. Inspired by Chicago, W.O.R.D. organizers hung a Trump piñata with notes from community members encouraging Chicago and denouncing his anti-immigrant rhetoric. Residentsof El Barrio, a majority Latino community, were inspired by the display and took pictures and many passersby in vehicles honked in approval.

Across the street from the speak-out was a gathering of men from the religious group, the Israelites. The Israelites are known for their anti-women rhetoric and for harassing women on the street. Following the speak-out participants marched across the street as they chanted “Sexism means we got to fight back!” As they approached the small group of men, women formed a ring around them and chanted:“It is our duty to fight. It is our duty to win. We must love one another. We must support one another.” a quote from Assata Shakur. The point was not to confront the men as individuals but rather their sexist and misogynist ideology and to show the strength of women coming together.Sexism, misogyny and racism are all symptoms of capitalism. They only to eradicate these social ills is to build a united workers’ struggle against capitalism. W.O.R.D. and the PSL in NYC will continue to build with the community of El Barrio to ensure that the message of women’s liberation and ultimately socialism are spread amongst working people. Join the movement, stay involved and fight to win!