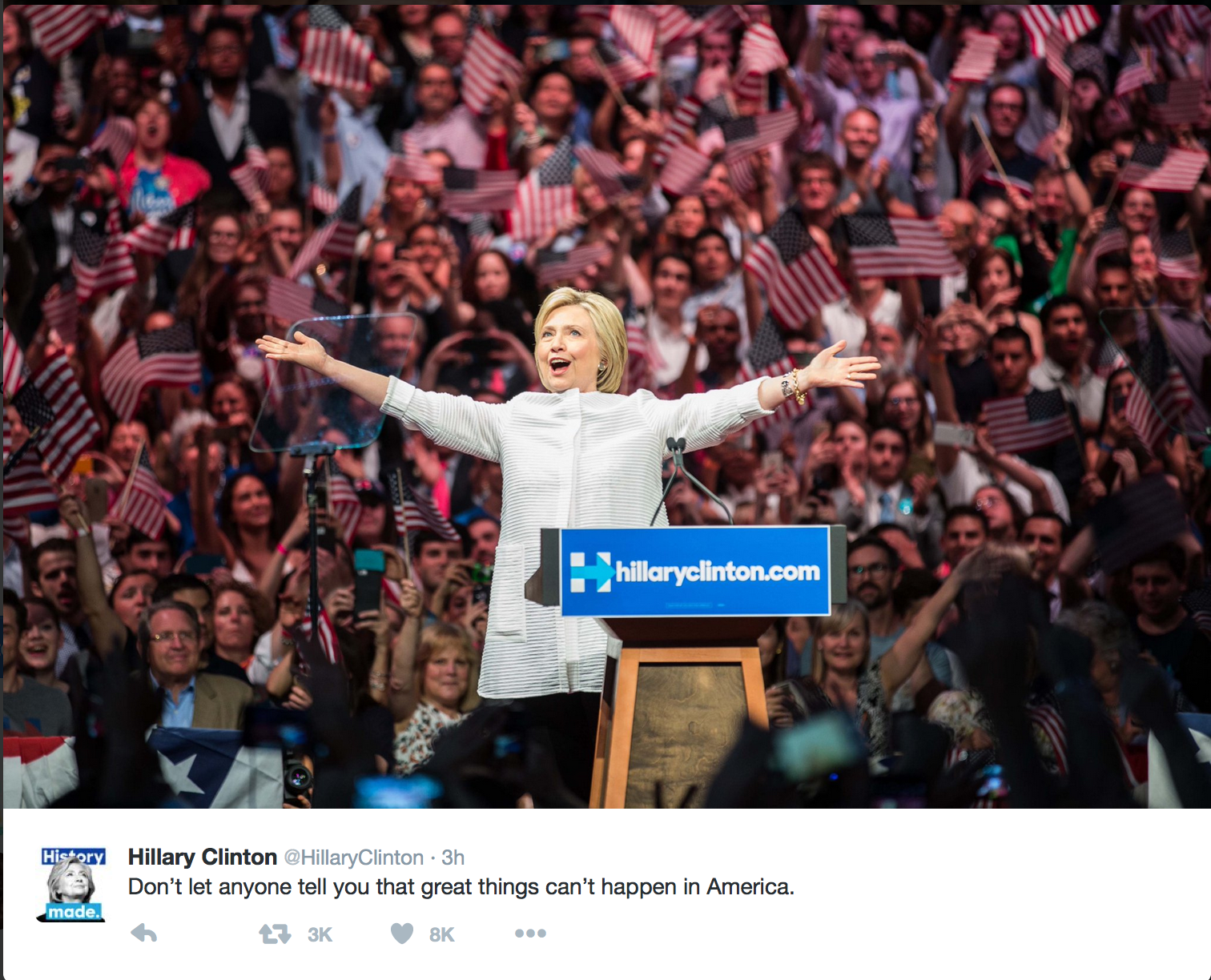 Hillary Clinton is now the presumptive nominee of the Democratic Party, based on her wins in most of the June primaries. In California, there is significant evidence to suggest that her win was based on voter fraud and voter suppression.

“Tonight, we can say with pride that, in America, there is no barrier too great and no ceiling too high to break,” Clinton said as she becomes the first woman nominee for president of a “major” political party. Gag me. As a dear friend said today on Facebook, “Margaret Thatcher was a woman too.”

Hillary Clinton is no feminist icon. She is a warmongering neoliberal war criminal. (Perhaps that is redundant but I don’t care.) Standing behind Bill Clinton as First Lady, she colluded in destroying Aid to Families with Dependent Children, putting a million children into poverty. She supported Bill Clinton’s 1994 crime bill that accelerated mass incarceration and destroyed communities of color, referring to youth of color as “super predators” who must be “brought to heel.” As secretary of state, she laughed about the lynching of Muammar Gaddafi, saying “We came, we saw, he died.” She hangs out with other war criminals like Madeline Albright and Henry Kissinger. And then she dares to use the brave history of the women’s rights movement in the United States to justify and promote her campaign. 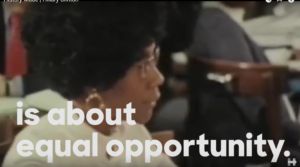 A video her campaign released (“History Made”) starts by evoking the 1848 Seneca Falls Convention on Women’s Rights, considered to be the foundational event of the U.S. women’s movement. What must be understood is that this convention was made up of women who had been involved in the abolitionist movement. One of the reasons they sought rights, and the vote in particular, was not simply to advance themselves as women but as part of a greater strategy for social justice, including ending slavery. Notably, the only man in attendance was the great Black leader, himself a former slave, Frederick Douglass.

The “History Made” video includes footage of Shirley Chisolm, the first Black woman elected to Congress, who in 1972 sought the Democratic Party presidential nomination. I find it particularly galling that Hillary Clinton is trying to claim the mantle of Shirley Chisolm.

Chisolm’s run for president radicalized me and helped me become an outspoken feminist. My mother took me to a Chisolm fundraiser when I was a little girl, and the congresswoman made an incredible impression on me. I left there with my Shirley Chisolm button and I got into arguments with grown men who tried to tell me that Chisolm could not become president. Chisolm’s campaign gave me the courage to stand up for what I believed in, that a Black person, or a woman, or a Black woman could be president, and that I supported her because I agreed with her message.

Chisolm in her announcement speech said she does not represent “the fat cats or special interests.” She talked about how she wants to change the United States government to be more responsive to people’s needs and concerns, to limit campaign contributions to small individual donations and reduce the influence of large donors. She encouraged the young people to get involved and make peaceful change in our society …

Hmm, that doesn’t sound anything like Hillary Clinton. That sounds more like … let me think … Bernie Sanders. 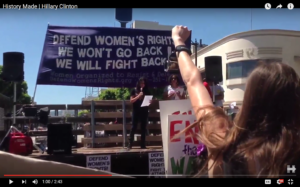 Possibly even more disgusting in the “History Made” video is the co-option of an image of the banner of the organization WORD (Women Organized to Resist and Defend). Standing under the banner is Peta Lindsay, a young Black woman and the 2012 presidential candidate of the Party for Socialism and Liberation. Really Hillary, really? I know Peta Lindsay, and you are no Peta Lindsay. Lindsay, a revolutionary socialist, organized against the Iraq War that Hillary Clinton voted for as a Senator.

I know that Hillary Clinton faces sexist rhetoric that no male candidate faces, scrutiny of her wardrobe and make-up choices and so on, but that won’t make me vote for her. Voting for a candidate simply because she is a woman is the antithesis of what being a feminist should mean. Feminism isn’t about creating a parallel “old girls’ club” to rival the “old boys’ club” that has been running things up til now. Feminism isn’t about an equal opportunity for women to become part of the 1 percent or be an imperialist war criminal. Feminism, for me, means fighting for the transformation of society to benefit the most oppressed, and the assertion of a fundamental understanding of women’s essential humanity.

If I am not going to vote for Hillary, who will I vote for? I am proud to say I will cast my vote for Gloria La Riva for President, the 2016 candidate of the Party for Socialism and Liberation, a real feminist, anti-imperialist and fighter for all people’s rights.