Women's Rights are Under Attack. What do we do? Stand up, fight back!

The fight against women's rights has been gaining tremendous momentum: 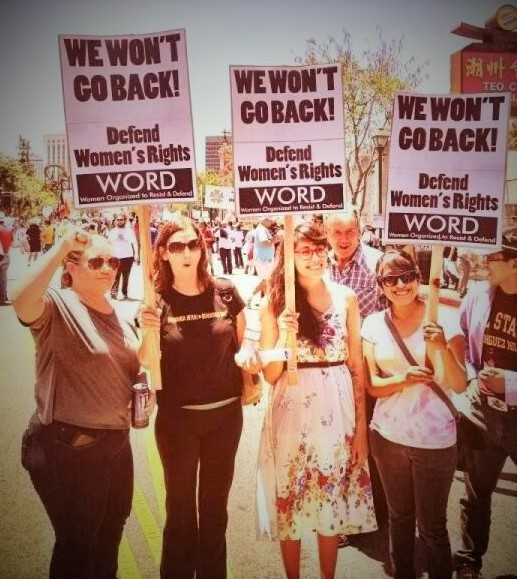 On March 2nd the Supreme Court will be hearing an oral argument, Texas House Bill 2 (HB 2), which is a continuation of restrictions passed in 2013. As a result, 21 out of 40 clinics closed in the state of Texas. If HB 2 is passed, it is expected that 11 more clinics will close leaving 10 open clinics in the entire state of Texas.

There have been 288 restrictions on abortion in the past 5 years further limiting women's access to safe and legal procedures.

Hillary Clinton is rallying under the banner of feminism. Clinton, former secretary of state's foreign policy begs to differ. Do women on the receiving end of her foreign policy see Clinton as a champion of their rights?

Sandra Bland, Sarah Lee Circle Bear, Mary Hawkes, and countless others were killed by police and racist vigilantes. These cases are often a whisper in mainstream media, but it's time to stand up against all racism and sexism.

No one can be free while others are oppressed. We refuse to be silent! It is time we unite and fight back. Women who are united will never be defeated!